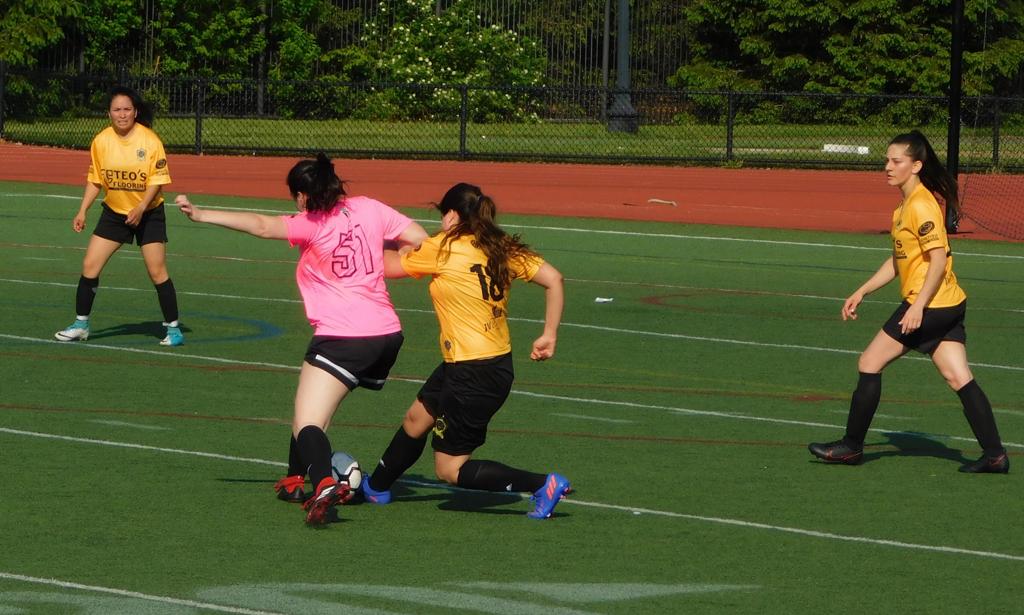 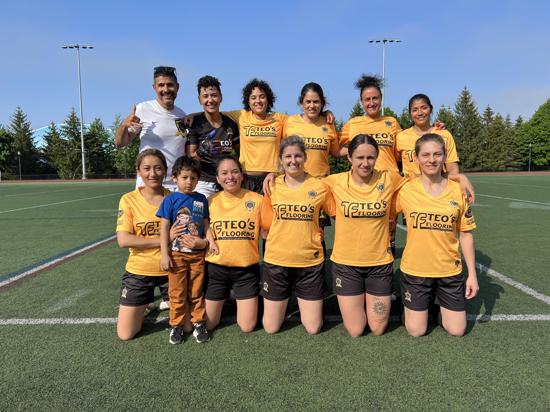 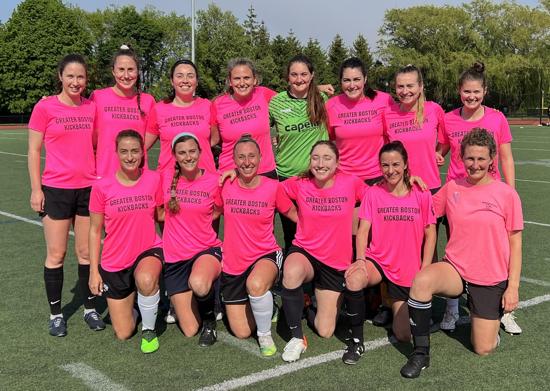 Jaguars United are a new and upcoming team looking to join the EMWSL or a regional league in the future.  The Jaguars drew a tough match up with the EMWSL longstanding year round team, the Greater Boston Kickbacks.  The Kickbacks have played in EMWSL for over 20 years and made their way from D3C all the way to the to the top division over this time.

The Kickbacks  demonstrated strong organization through the midfield and their patient passing to their speedy and strong forward line broke through the Jaguars defense early putting 6 goals up in the first half.  The Kickbacks defensive line and fabulous goalie, Autumn Scanlon kept the Jaguars off the board until halfway through the second half.  Jaguars #17 Bianca Macedo, a recent graduate of Assumption College, used her fantastic ball skills and speed to take the ball from midfield, break into the Kickback's final third, and get a shot off low and wide of the closing defender and keeper.

Also notable performance put in my the Jaguars keeper, Camila Salvador, who made some beautiful diving saves and came out strong against Kickback breakaways.

Both teams will continue one to State Championship on June 4th at Back Bay Fens at Roberto Clemente Field.

The Jaguars will face EMWFC in the consolation game at 5:30pm.

The Kickbacks will challenge the reigning regional champions, the Sidekicks FC for the state title at 7:30pm.