Congratulations to GPS Omens for defeating the 2018 reigning champs, Mosteiros, 3-2 in PKs. 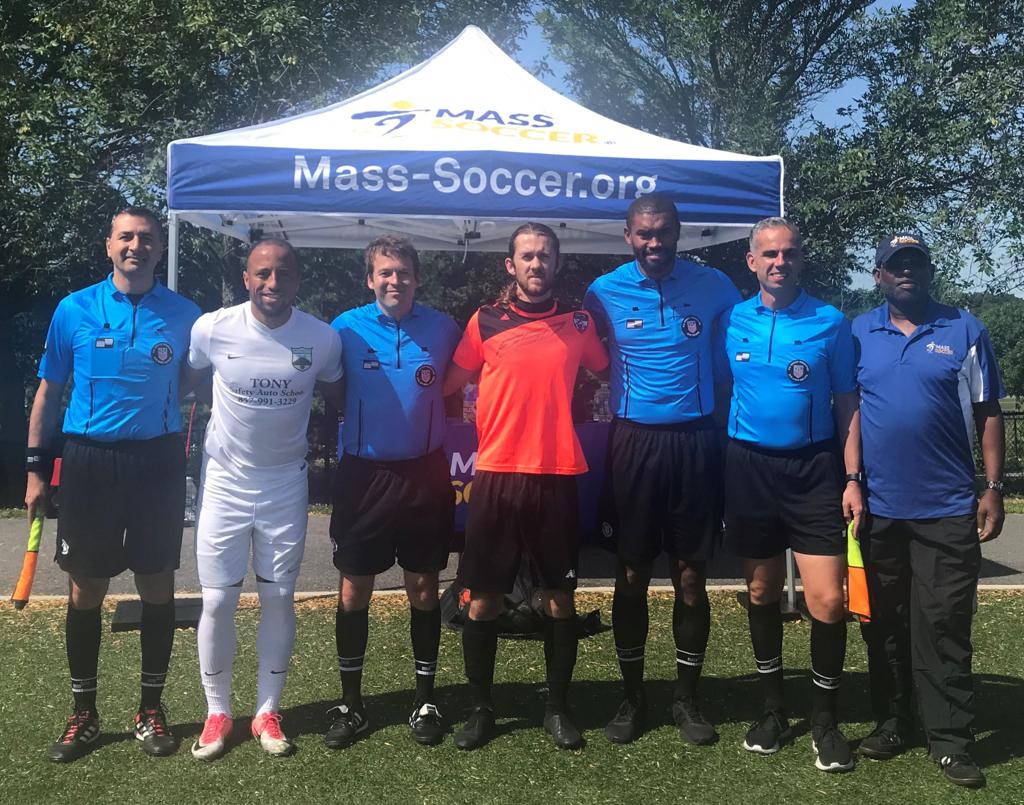 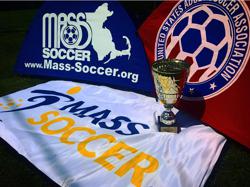 This summer's Champions' Cup final featured the 2018 defending Champions' Cup champions, Mosteiros from the USAfrica League and the BSSL's  GPS Omens. This highly anticipated clash of the two of the strongest clubs in the state did not disappoint. It kept fans on the edge of their seats and captured the attention of casual passersby and families. It prompted the question from one group that stopped to ask, "Was this actually amateur soccer?"

Congratulations to both teams on a game well played.  Both represented their leagues well and the match proved to be a marquis showcase for high level team play and talent in the state of Massachusetts.

It was GPS Omens that jumped out to an early lead with a goal from Ollie Wynn in the 12th minute. GPS added to their lead in the 25th minute, when Mosteiros committed a foul just outside the eighteen. Keith Caldwell stepped up and connected on a beautiful shot, just over the outside corner of the wall and into the upper right corner of the net as seen here:

Mosteiros pressed forward on GPS and had opportunities.  In the 31st minute, GPS Omen's committed a foul in the box which set up a PK for Mosteiros.  Team captain, Manny Andrade, stepped up and netted one to put Mosteiros on the board.

The half time score was 2-1 GPS Omens holding a small lead.

Shortly after half, GPS goalie made a beautiful finger tip save on a header off a perfectly placed Mosteiros corner kick. GPS still held the lead.

But you could sense that another goal was coming... and it was Walter Varela from Mosteiros that was able to weave his way inside the eighteen and sneak one past GPS goalie late in the match.

This game then headed to extra time. Both teams continued to have opportunities, but defenses and goalies for both squads held strong. Here are 2 late extra time opportunities:

In the 3rd and final coin flip of the day, GPS chose to kick first. Would their experience from last week give them an advantage?

GPS buried its first 2 PKs, while their goalie made 2 beautiful diving saves guessing correctly on both kicks.  GPS had the early advantage. However, Mosteiros goalie made a beautiful save and followed by a Mosteiros PK goal, keeping Mosteiros alive into the 5th round of PKs. Omen's Keith Caldwell, in a stagger step PK approach, got Mosteiros goalie to commit to a side and then calmy netted it in the opposite direction. With Mosteiros unable to catch GPS in PKs, the final whistle blew. 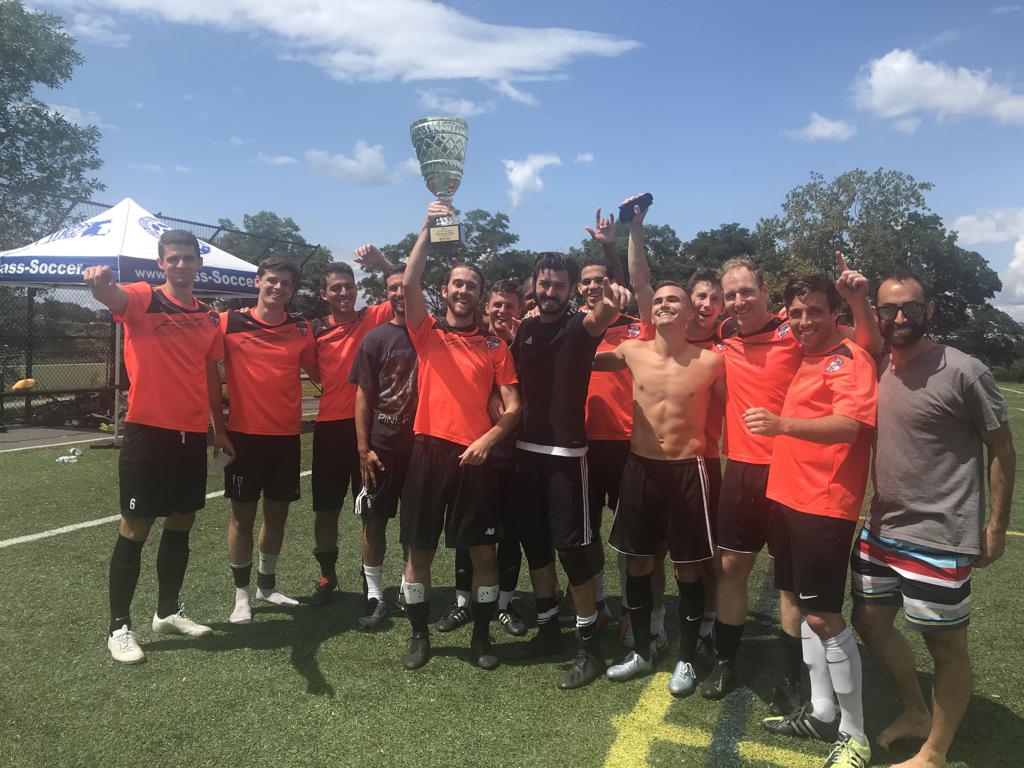