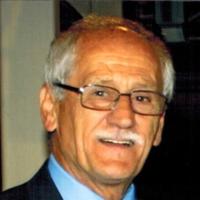 Our soccer family mourns the passing of Angelo Bratsis of Norwood, Mass.  Angelo was best known as a former FIFA referee from 1980-1992, and worked in multiple professional leagues including the MLS.  He was past Director of the National Program for Referee Assessment, as well as current Chairman of the USASA Referee Committee.

Angelo was a constant presence at amateur soccer games in Massachusetts and around the country.  He had a particular fondness for the Adult game, and enjoyed mentoring referees as they developed their skills.  In his role as clinician he crafted and wrote much of the instructional material used to train referees at every level, from their first youth match all the way to the international game.  He is a past recipient of US Soccer’s Eddie Pearson Award, and one of only four people from the United States to receive the FIFA Special Award for Referees.

Angelo leaves behind his wife, two daughters, his son (Niko, also a referee) and eight grandchildren.  Visitation on May 4th will be held at St. Nectarios Greek Orthodox Church, 39 Belgrade Avenue, Roslindale, MA from 10 to 11AM, followed immediately by services at 11.  Burial will be at the Gardens Cemetery, 670 Baker Street Boston, MA.  The family plans to establish a scholarship fund in his name to help young referees.  Details will be posted when available.

Together with our referee community, we are mourning the passing of Angelo Bratsis of Norwood.  To honor and reflect upon his memory, Mass Soccer is hereby requesting that referees and players in all affiliated adult leagues observe a moment of silence before their next scheduled game during the weekend of May 8 and May 9.  This includes Interstate Cup competition involving Massachusetts' teams.