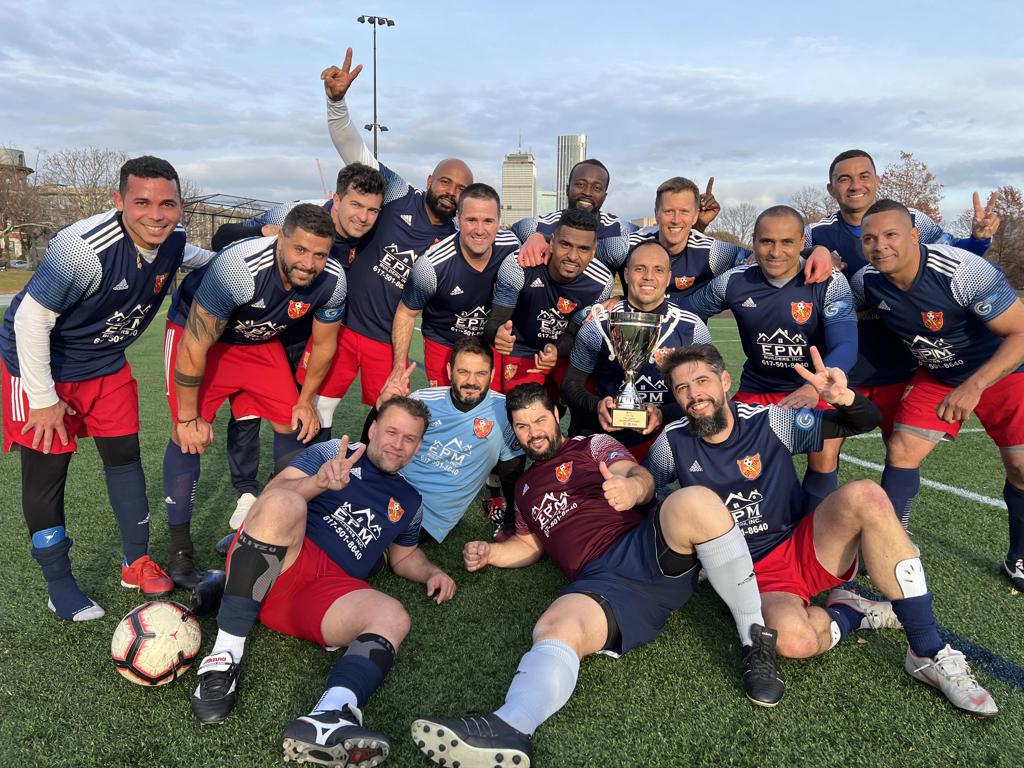 For the second tournament in a row, Riverwalk FC and Safira FC faced off for the title of best over 40 team in the state.

These well matched, highly skilled, clubs play regularly in the New England Over-the-Hill Soccer League.  Both dominant in their own divisions, this rematch was another highly anticipated state final and one that would not disappoint spectators.

Riverwalk was at an early disadvantage when they lost their regular goalie to circumstance outside his and the club's control.  Replacement goalies had their hands full with the offensive firepower of Safira.

Safira set the tone early with a goal off a pass up the middle to Vilburn St. Louis! Vil beat the retreating defender to the ball and placed it perfectly to the outside left corner giving the Riverwalk goalie no chance at the save.

Riverwalk reset after the goal and made a strategic goalie change. They brought in more of a sweeper-keeper to help protect against the ball up the middle.

Right before the half, Riverwalk had an opportunity off a well placed corner that Safira goalie tipped over the cross bar and back out of bounds.

In the 65' Safira served up a beautiful corner of their own. It was headed off the crossbar, bounced back into play and then headed in by #44 Lucas Pedro.

Riverwalk did not give. They continued to press and create scoring opportunities in the closing minutes of the game.  Their best opportunity came in the 85' with a centering long ball that popped lose inside the Safira eighteen and landed at the feet of Riverwalk. Taking a controlling touch while the Safira defenders closed, he was able to get off a shot which the Safira goalie had anticipated correctly and made the diving save.

With the win, Safira will have another shot at a USASA Region I title. Last year, their quest was cut in PKs in the regional semifinals.

Congratulations to Safira on their second consecutive Over 40 Championship. 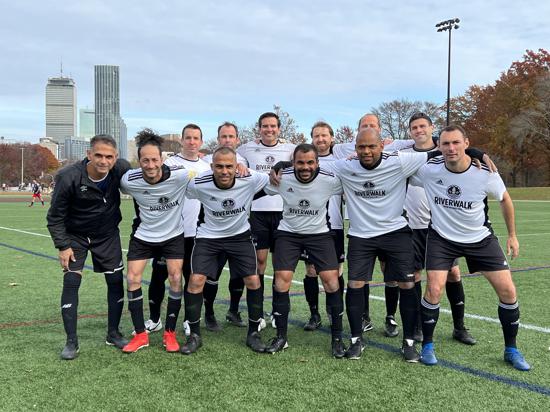 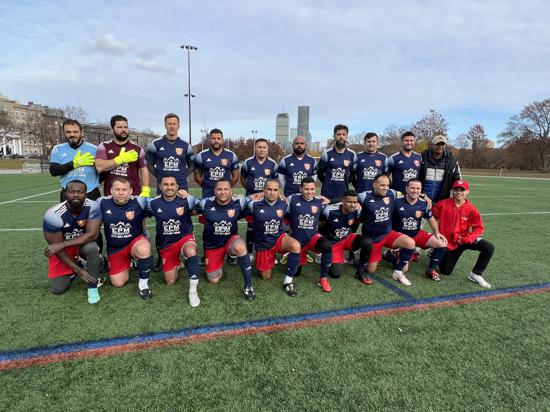