US Open Cup: Brockton Falls to Chicago House in PKs

Story coming soon but, in the meantime, here are photos from Burt Granofsky: 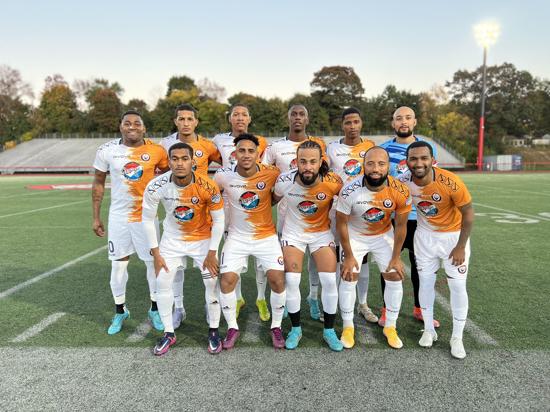 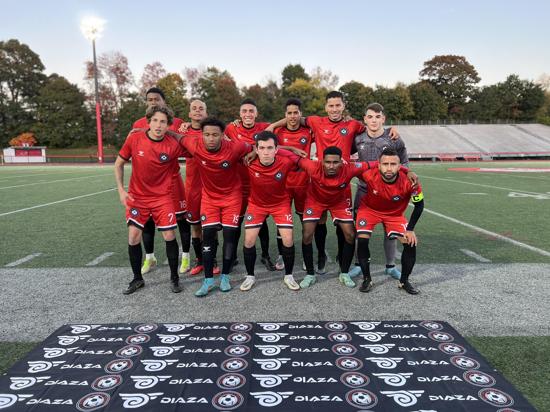 Brockton FC hosted Boston Street FC in the second round of the US Soccer Lamar Hunt Open Cup Qualifying round.  The drama in this game started before kickoff when Boston Street Soccer questioned whether the Marciano Stadium turf met the Open Cup's minimum standard of 65 yards in width.  After several measurements by field officials, it was determined that the field was one yard too narrow.

Before declaring a Brockton forfeit, USSF gave Brockton FC until 7pm for their field to meet the minimum standards.  Brockton supporters were able to obtain field chalk from a local hardware store and the team and fans banded together to re-line the field.  Finishing at 6:59pm, with just a minute before the deadline, the game was saved and the fans would get to see their teams play.  This round would have a winner determined on the pitch after all!

Boston Street came out strong.  They demonstrated good speed, quick passes, and pressure in their attacking third. Early on, they forced a few mistakes from the Brockton defensive line and created some opportunities off corners.  Brockton adjusted to the tenacious Boston Street pressure and began to create counter opportunities.

In the twenty fourth minute, Brockton was awarded a PK on a foul in the box. Boston Street goalie and captain, PJ Mundis, made a fantastic save as seen here: PK Save

The game remained scoreless through halftime.  In the sixty-fourth minute, Brockton was able to convert a set piece served by #8 "Geo" Alves and finished by #21 Antonio Correira as seen here:  Brockton Goal

After Brockton's goal, there were a few more opportunities by Brockton including this cross by #20 Elizandro Cardosa to an attempted bicycle kick by #11 Nilton Texixeira Andrade: Brockton Late Game Opportunity. The game remained 1-0 to the final whistle and the Brockton keeper, Benvindo Barros, turned in a clean sheet.

Fans and supporters were glad this game was played because both teams turned in solid performances and represented their clubs well.

Brockton FC will move on to the third qualifying round of the Open Cup.