Congratulations on a good run, Mosteiros! Mosteiros journey to the 2019 USASA Region 1 Quarterfinals began last summer when they won the 2018 Mass Soccer Champions Cup tournament and received an automatic bid to the state finals in the Amateur Cup Competition where they defeated MIT last November.

Mosteiros will return to league play in the USAfrica League where they will try to win another title and a returning trip to this summer's Mass Soccer Champions Cup!

Thank you for representing Mass Soccer in regionals, Mosteiros FM! 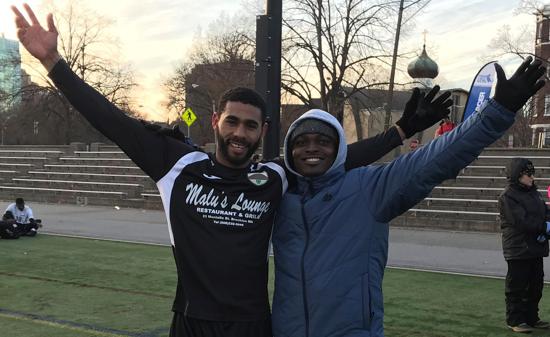 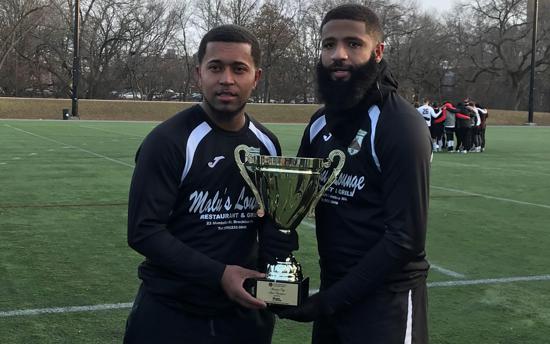 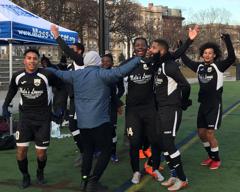 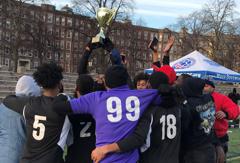 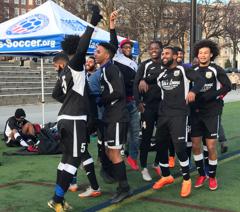 It was a clear, but crisp December afternoon, when MIT FC and Mosteiros FM took to the field in the second game of the Mass Soccer State Championship doubleheader.  Following the Mengel O30 game, which went to OT, both teams had to be prepared to start immediately following the conclusion of the first match.

Both teams came out  fast moving the ball well through the midfield and fighting for possession, but it was Mosteiros' #22, Francis Okafor who scored first. Then #11 Carlos Diniz added a second goal, putting MIT at an early 0-2 disadvantage. MIT countered several times and had opportunities inside the Mosteiros' eighteen, but Mosteiros goalie, demonstrating outstanding reaction time,  made some fantastic saves to keep MIT scoreless through the first half.

Soon after second half kickoff, Mosteiros' Nilton Teixeira artfully placed a corner kick which deflected off an MIT player to add to Mosteiros' lead. Things were not looking good for MIT.

However, when MIT was awarded a PK , the opportunity to spark a comeback could be felt on the MIT sidelines. MIT's #11 Hasier Tamayo lined up for the PK and put the shot on frame. Mosteiros goalie guessed correctly and made a diving save which deflected back to Tamayo, which he was able to put in the back of the net, thus getting MIT on the board. To see the PK, click HERE.

However, Mosteiros was able to answer quickly with another goal from Teixeira.

MIT did not quit...  they fought back and added another goal bring the score 4-2. The clubs exchanged another set of goals, bringing them to the final whistle when the score finalized at 5-3 advantage Mosteiros.

Although, MIT challenged Mosteiros through the final seconds of the match, they were unable to recover the advantage that Mosteiros set early in the match. Both teams fought admirably until the final whistle blew.

Click here for Photos from the 2018 USASA State Final Match