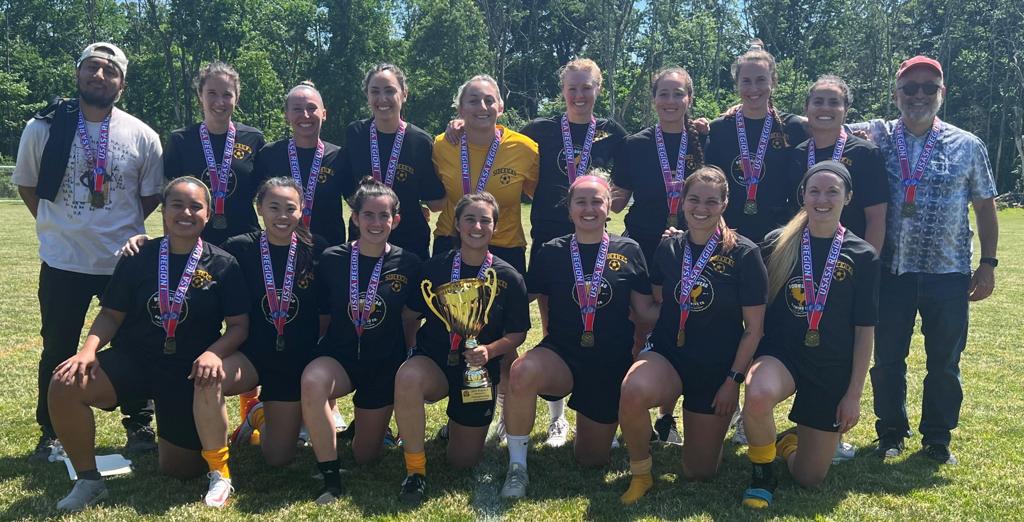 The EMWSL Sidekicks FC defeated NJ's Hoboken FC 2-1 to repeat as the USASA Region 1 champions!!  They will continue on to nationals where they will represent the eastern region of the US on August 19-20th. 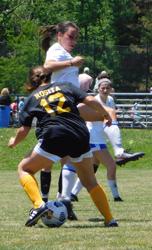 On Sunday, June 19th, our Massachusetts State Champions, the Sidekicks FC traveled to the Ukranian Sports Complex in North Wales, PA to take on the NJ representative, Hoboken FC.

These two teams were well matched opponents, but Hoboken won the toss and chose to have the wind to their advantage in the first half.  About 10 minutes into the match, Hoboken was awarded a PK for a foul in the box. They were able to convert it, so the Sidekicks would need to face adversity early as they battled strong winds and an early deficit to start the match.

Hoboken goalie and defensive line, plus the strong winds kept the reigning champs scoreless in the first half.

However, with the wind at their backs, Sidekicks came out strong in the second half and started to dominate play.  Pressing forward they began to create more scoring opportunities and their defensive line held strong along with some stellar keeping by Casey Halle!!

The Sidekicks equalized on a beautiful pass from Bethany Rennich to Liz Carlos.  Liz struck the ball perfectly from 18 and it soared into the upper corner of the net.

The game remained tied until the 88th minute of the match. Leny Alfaro found the ball at her feet at the six yard line. Able to avoid the sliding goalie and defenders, she calmly moved the ball from foot to foot and with complete composure knocked it in on the ground.

Sidekicks team closed out the match with the 2-1 victory and the celebration erupted! 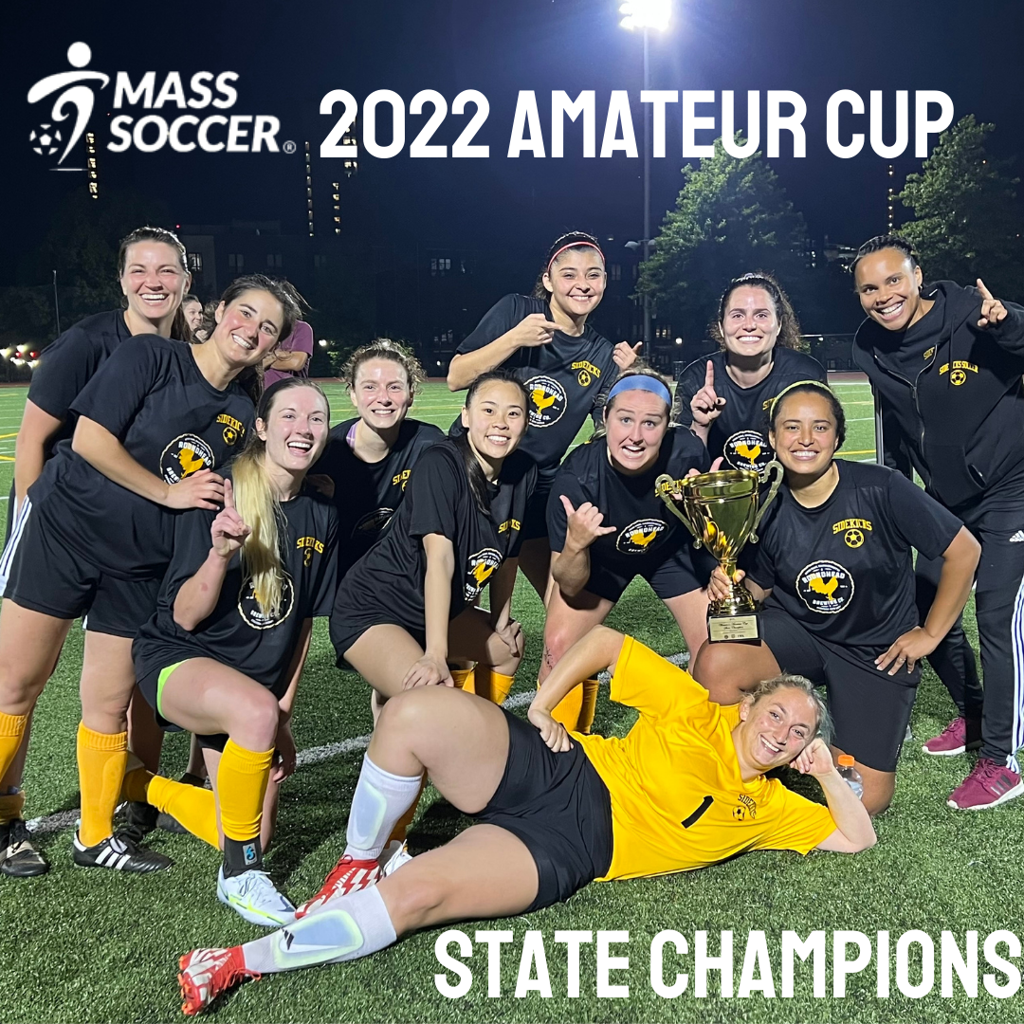 State Championship Saturday: Under the lights!!

The winner of our state competition will represent Massachusetts in the regionals.  More information to be announced...  check back soon! 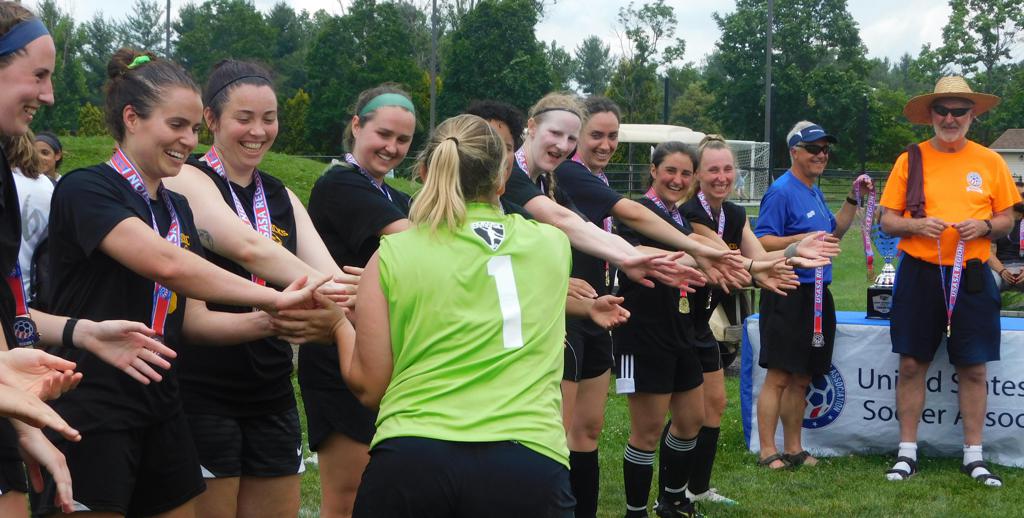 In the opening rounds of the competition, the team scheduled as the home team must provide a field.

When scheduling your games, keep in mind that:

Hot off the presses!!

Winning Massachusetts team will receive a $1000 stipend to assist with travel arrangements.

The winner of the regional tournament will advance to Championship of Regions in Murfreesboro, TN (Nashville area) in August. The winning team will also receive a regional stipend to represent Region I in national competition. 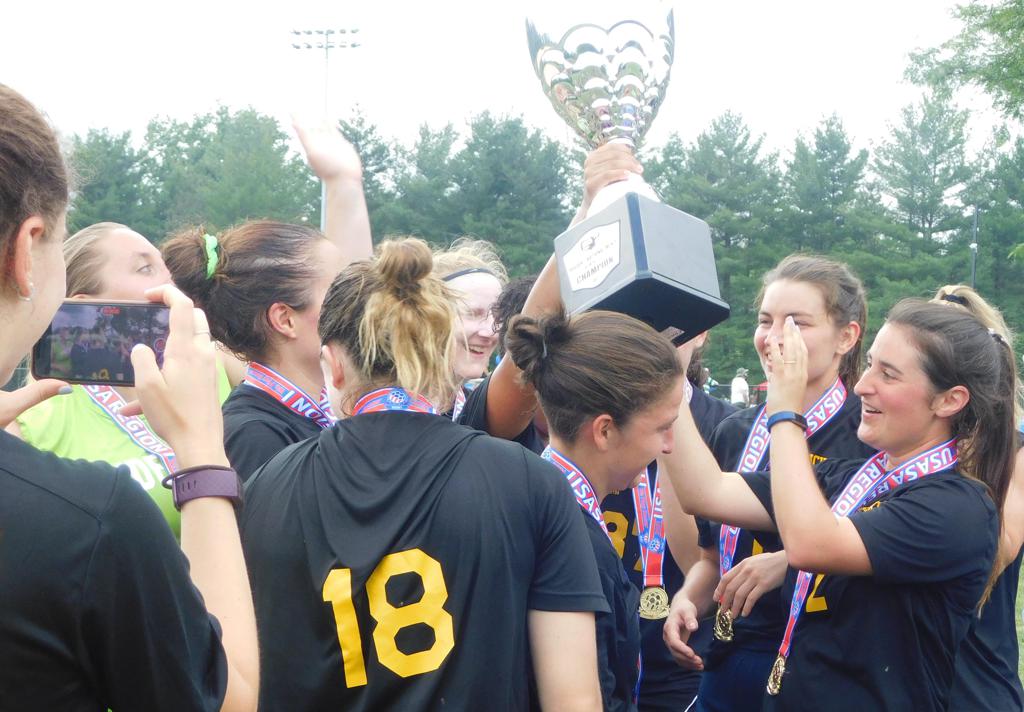 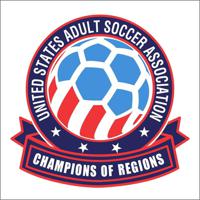 We would like to congratulate the EMWSL Sidekicks for their very successful run in the 2021 USASA National Amateur Cup.  In June 2021, the Sidekicks traveled to Horsham, PA where they represented Massachusetts in the regional round of the competition.  They went 2-0-1 in the opening rounds of the Cup and advanced to finals on tiebreakers where they defeated Rochester 3-2 to become the USASA Region I Champions.

In August, they traveled to Michigan where they represented Region 1 in the Championship of Regions.  In the national semifinals, they faced the Pan World Women from Utah. Sidekicks defeated Pan World in PKs and advanced to face Rockford Raptors (IL) in the national finals.

In the finals, Sidekicks went down 2 goals early in the first 10 minutes, but fought their way back, equalizing in the second half of the game.  In the 85', the Raptors were able to score the go-ahead goal and then maintained possession to capture the championship.

Huge congratulations to the EMWSL Sidekicks for their successful tournament journey and representing the strength of Massachusetts soccer! 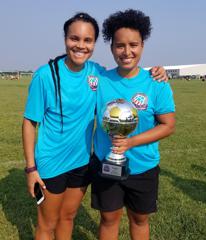 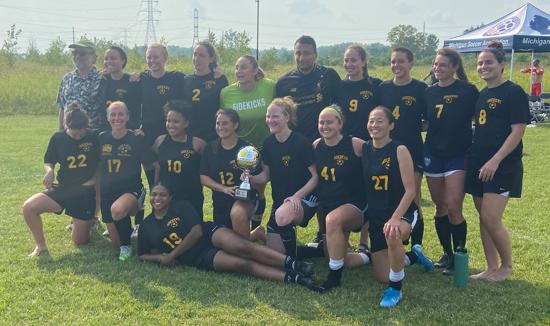