EMWSL: Teamwork On & Off the Pitch 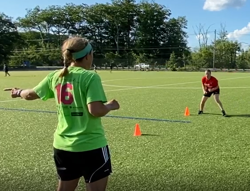 Although Eastern Mass Women's Soccer League did not have an official spring, summer nor fall season in 2020, their teams and players were still on the field and making a difference in their communities!

Over the summer and into the fall, EMWSL lent its support to Mass Soccer and Mass Spirit to produce an ACL Injury Prevention Program overseen by player and PT, Buffy Peznola and Connections Physical Therapy.  This training provided an opportunity for EMWSL players to participate in strength and conditioning when true soccer play was not an option.

The Sidekicks practiced 2 nights a week in Boston with an open invitation to all EMWSL players. A separate group of women from North Shore teams organized small sided pick up in North Reading. Finally, a four team EMWSL pod (Soccer Sistas, Greater Boston Kickbacks, Passed Out, and Mavericks) played organized pick up Sunday mornings in Dedham, including a green and red holiday game in December.

To show Dedham appreciation for providing the field, players and referees from the four team EMWSL pod organized a food drive for the Dedham Food Pantry. Together they collected $200 in donations and 18 bags of non-perishables to help those in need over the Thanksgiving and Christmas holidays.

Members of Classic Crush, EMWSL and Mass Spirit sent well wishes and organized a gift basket for one of their own to show their support for a league player going through some tough times.

Finally, we cannot forget the countless EMWSL soccer players who may not have been able to join us on the field, but are nurses, essential staff and more who, in too many ways to mention here, supported the soccer community and the community at large during throughout the past year.

In 2020 EMWSL players, teams, leadership, and referees demonstrated amazing teamwork on and off the pitch! 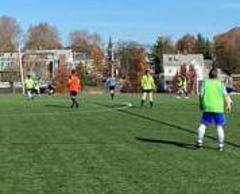 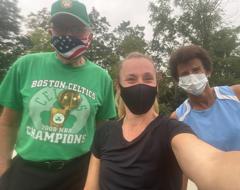 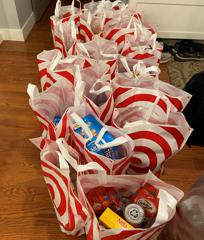 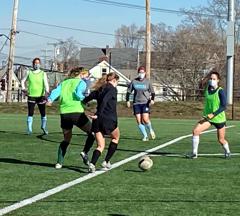 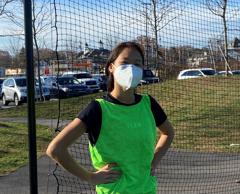 Gift:  Weather 58 and sunny in December!!