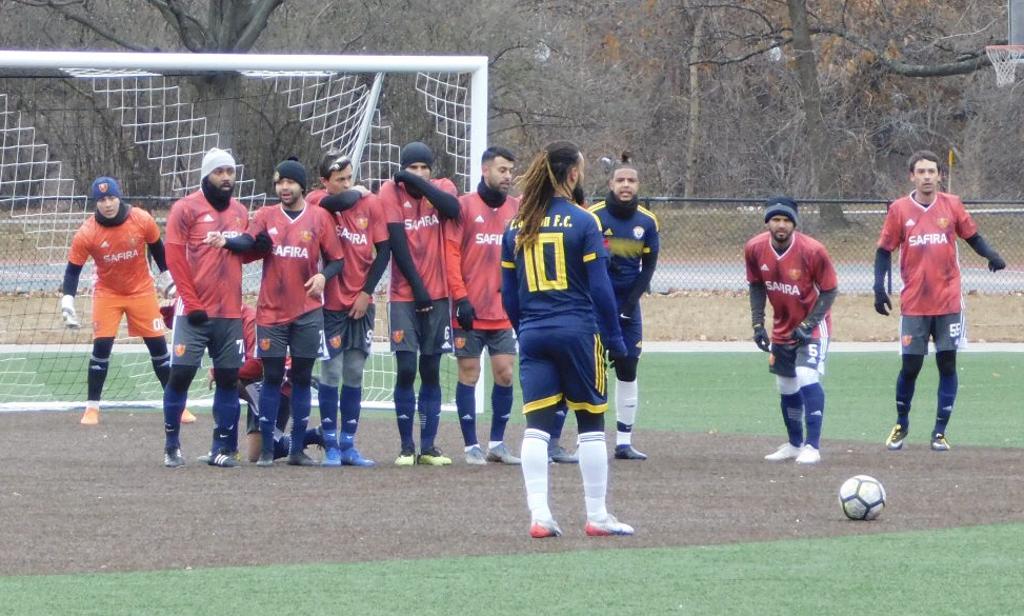 December 1, 2019: Brockton FC United and Safira met up for the second time this fall for a high stakes game.In September, Brockton defeated Safira 2-0 in the qualifying rounds of the US Lamar Hunt Open Cup. Although today's game yielded the same results, Safira held Brockton scoreless until the 82nd minute and had several close opportunities.  As a spectator, it seemed like whichever team was able to convert the first goal, was going to take the match.

It was Brockton with an early opportunity around the 20th minute. They were awarded a direct kick, just outside the box. Erikson Alves sent a rocket of a hooking shot through the wall, but a diving save by Safira's Patrick Vilela kept the game scoreless as seem here:

The game remained scoreless through the half. Safira came close to netting one on a header off a well placed corner kick that just clanked the post as seem here:

Safira continued to mount pressure in the second half.  A slide tackle blocked shot on a Brockton attacker led to a quick counter and another close Safira opportunity. Safira striker received the ball at midfield with a quick turn, broke down the field trying to stay just out of reach of the recovering Brockton defender. A ball across the net to avoid Brockton's oncoming goalie, went just wide of the net and inches out of the reach of the second attacking Safira player, as seem here:

With time ticking away, around the 82nd minute, it was Brockton that capitalized on a chipped cross that went off a few heads and fell just in front of #19 Kevin Forte. Taking one touch to settle, he immediately drove the ball to the back of the net as seem here:

Three minutes later, #11 Edmilson Barros placed a low and hooking corner into traffic inside the front post and into the net as seem here:

Brockton earned their pass to the state final where they will be facing the Mass Soccer Champions Cup Champions, GPS Omens. Congratulations to Safira for a great Amateur Cup run. Safira's O30 team continue their quest for a state title in the O30 Mengel Cup state finals where they play rivals, Battery Park Gunners. 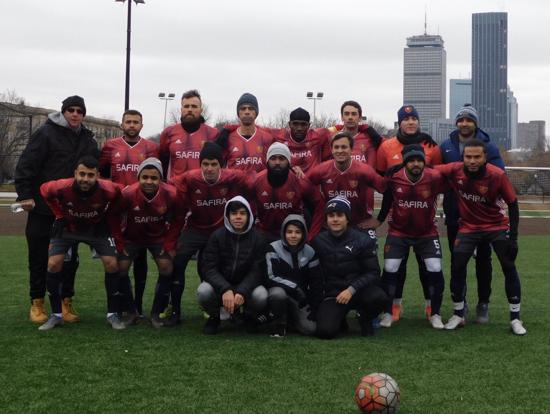 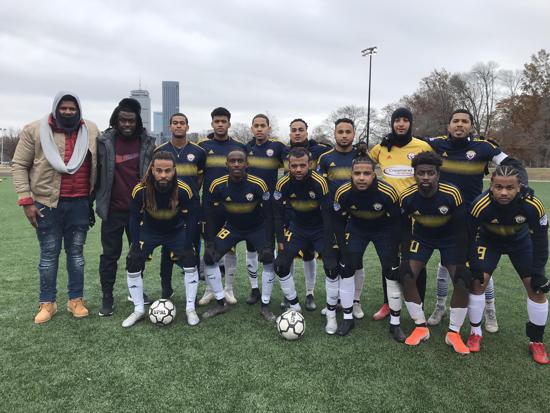