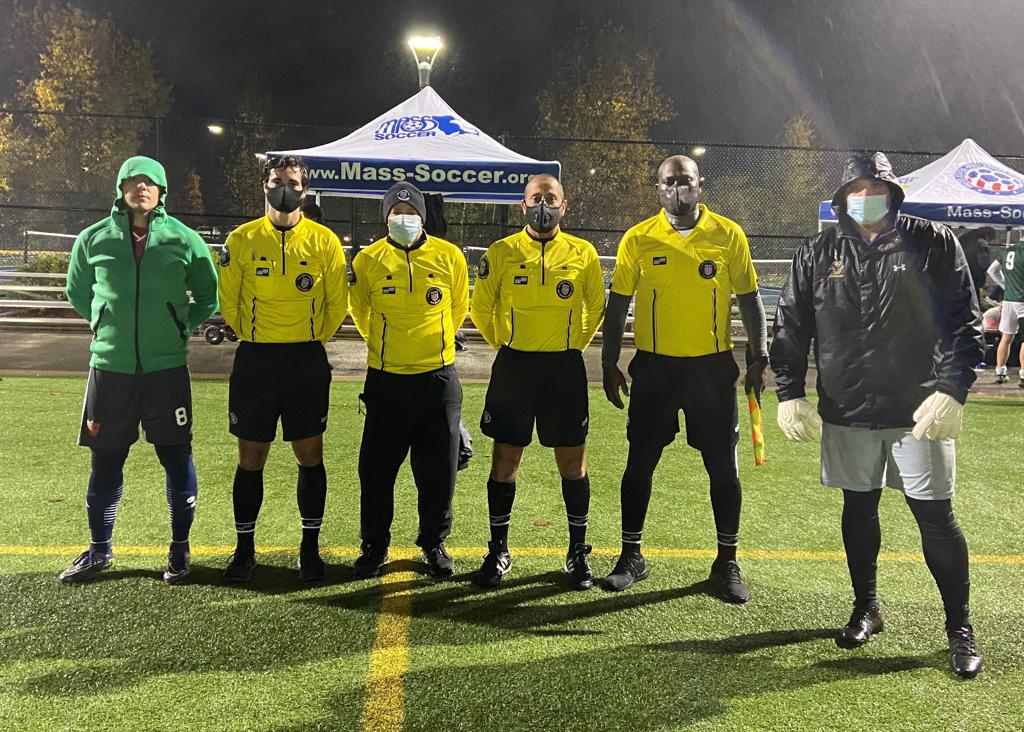 October 29, 2020: On a rainy night at Legion Field in Weymouth Broadway Gunners  kicked off against the Safira FC in the Massachusetts Amateur Cup semifinals. Despite the dreary conditions, this game was full of excitement. Though hampered by torrential downpours at times, there were goal line saves, near misses at net an skillful ball work up and down the field.

But the first half was not over and the Gunners would not be complacent. The Broadway team had their own attempts forcing some incredible Safira saves.

In the stoppage time after the 45th minute, Gunners would score on a PK by Timothy Ritter. Going into half time, it was 2-1 Safira.

The second half tempo did not slow down. With 15 minutes remaining, Safira added another goal with #9 Hugo assisting #55 Pedro.

Again, the game was far from over, as the Gunners did not relent.  In the last minute of regulation, Ritter scored another making it 3-2 Safira.

The Broadway Gunners then pulled their goalie to add an extra field player, and created more opportunities.  This one almost went to extra time, however, Safira netted an open goal in that last minute of stoppage time, making it 4-2 to close out the game.

Both teams put in exceptional effort given the conditions. Safira now advances to the Massachusetts Amateur Cup finals to play the winner of Providence City FC against United Africa.