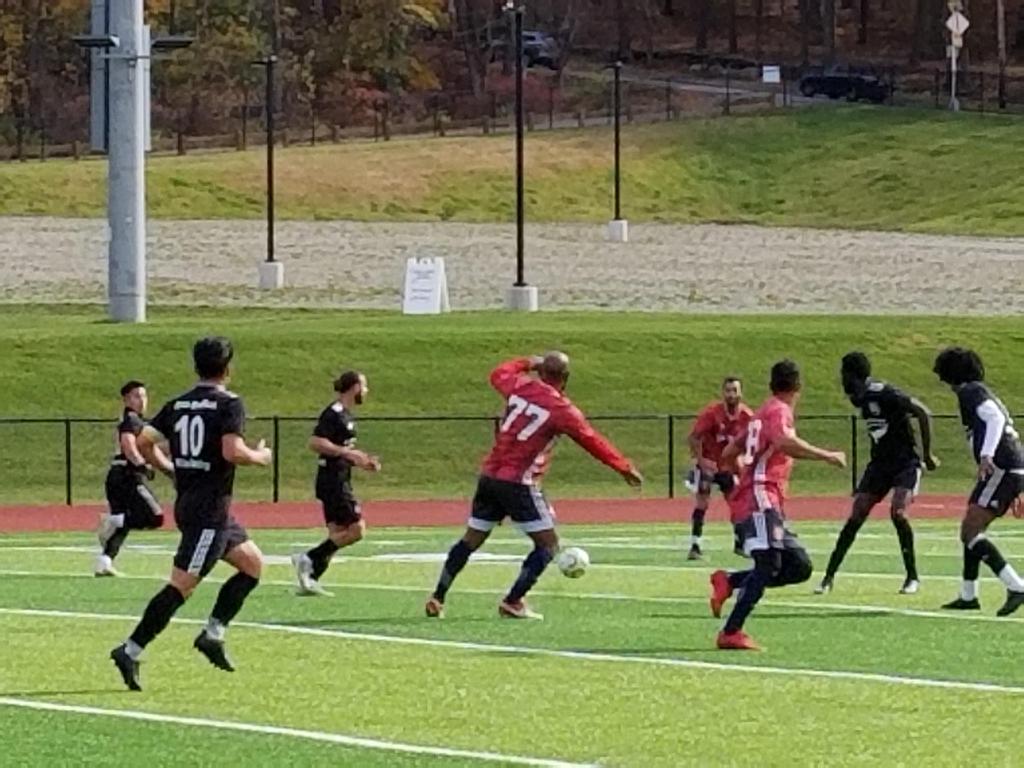 October 25, 2020: The first of the 2020-2021 Massachusetts Amateur Cup quarterfinals kicked off at St. Johns Field in Shrewsbury, MA between Safira FC and Fall River FC. Despite calm and cool weather, the game started with intensity and no pass or dribble was left uncontested. There were a lot of tight passes, strong defense, amazing saves and near misses, but the score was even in the first half.

The second half started with continued intensity and Fall River and Safira each pushed momentum even higher at times. About midway through the 2nd half, Safira struck the back of net first. On a pass across the middle of the 18 yard box by number 4, NUMBER 30 tapped the ball in near post past the Fall River keeper.  The score was 1-0 Safira FC.

With time winding down, the continued impassioned exchanges of skill and effort were hard to ignore. Fall River did their best to equalize with many runs down the right and left flanks, a shot hitting the crossbar, and an attempted volley in the box. Safira also pressed to goal, and were it not for the quick read by the Fall River keeper, number 9 may've snuck one by.

With only minutes remaining and a strong push forward by Fall River, Safira managed a breakaway. NUMBER 4 ran down the right side of the field, drew the keeper and made a pass at the top of the 18 yard box. NUMBER 9 one-touched the ball into an empty net and Safira was up 2-0.

Congratulations to both teams for a game well played. Safira FC advances to the semifinal round  of the 2020-2021 Massachusetts Amateur Cup against the winners of the Brockton FC U21 vs Broadway Gunners quarterfinal game.