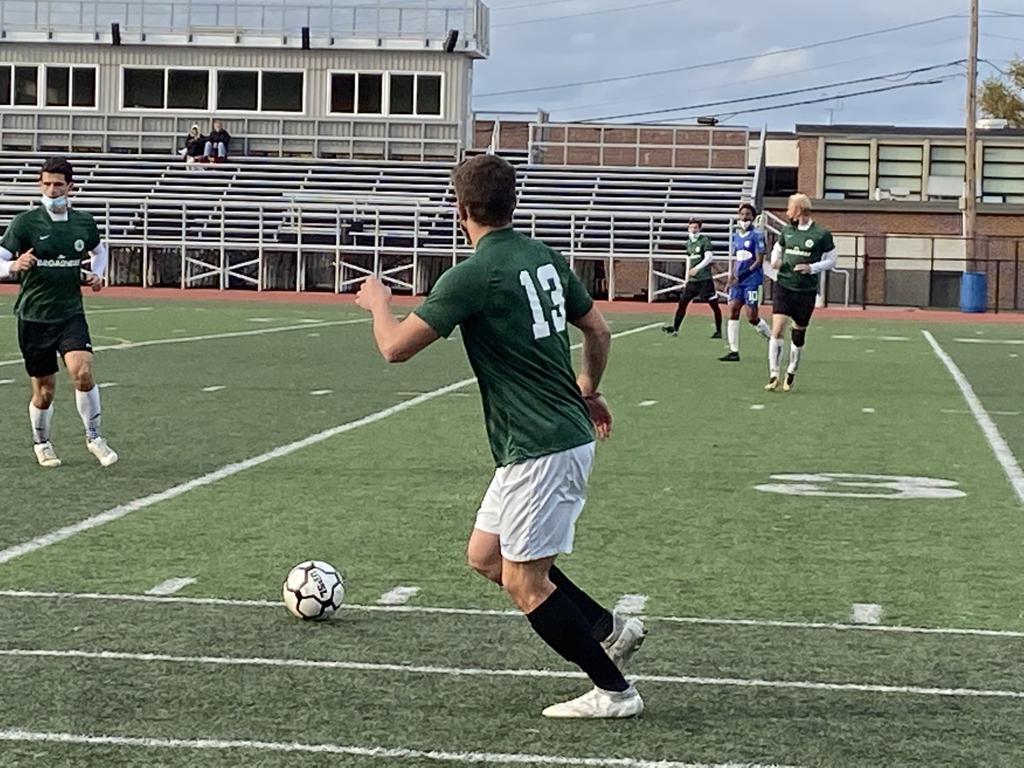 October 25, 2020: The Massachusetts Amateur Cup quarterfinal match between Brockton United FC U21 and the Broadway Gunners kicked off at Randolph High School. The cold was not a deterrent for either team with a semifinal birth on the table.

Just a few minutes into the game, the Brockton goalkeeper needed to come up with any early save . Relentless back and forth action went on from there.

Later into the first half, #9 Zidane slipped the ball past the Gunner's keeper right side with speed and decisiveness and made the score 1-0 Brockton FC.

Right before half time and just following a free kick by #13, Gunner's #5 Ben Shuleva put one in to the net off of a rebound and made the score level.

Neither team was willing to give up another goal and so after 90 minutes, the game tied1-1 went into extra time. Then, after excellent, scoreless play in two 15-minute periods, the winner had to be determined by penalty kicks.

The Broadway Gunners won the coin toss and elected to take the first kick. The Brockton keeper made an amazing save on the first kick as seen here: First PK . This was followed by both teams netting their PKs. Then it was Gunner's keeper who came up with back to back saves, his last save seen here: Winning Save.

Broadway Gunners advance to the semifinals to face Safira FC. This will be second consecutive year that these clubs will face each other in the Amateur Cup qualifier semis.

Brockton FC U21 vs Broadway Gunners