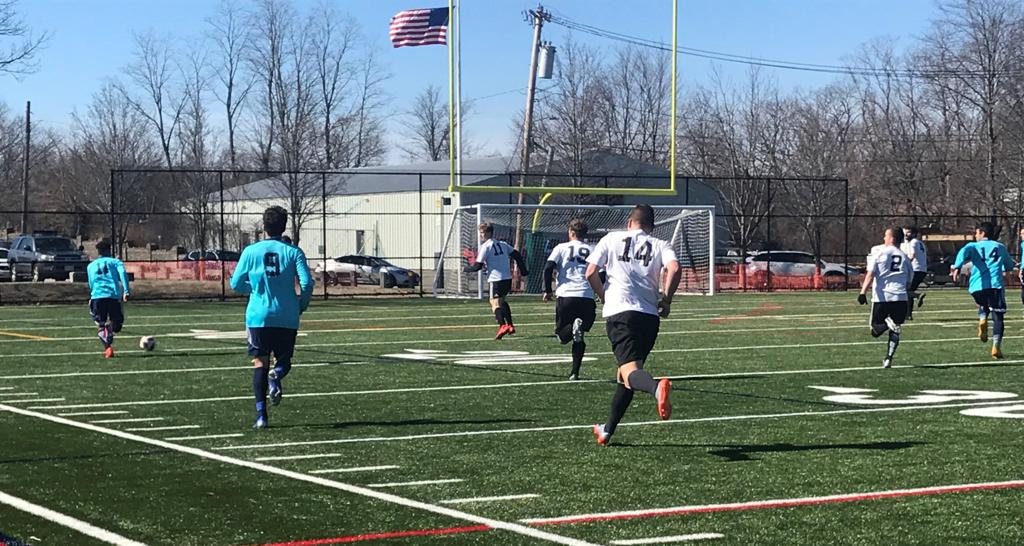 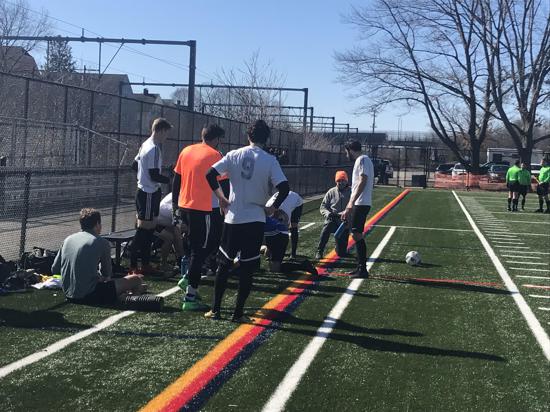 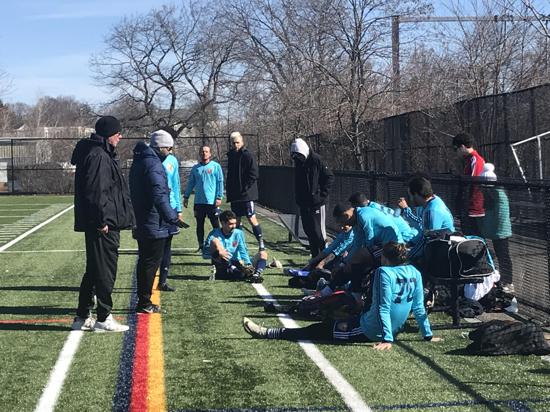 March 24, 2019 - Reservation Road Field, Hyde Park: GPS Omens hosted Safira in the first match of our 2019 USASA Fricker Cup State Semifinal Qualifying Tournament.  These rivals last faced off in the US Lamar Hunt Open Cup back in November when the two went to PKs to determine the victor, Safira.

This rematch gave fans another epic battle which had to be determined in extra time.

Safira possessed the ball well in the first half but the GPS defensive line held strong, and the GPS goalie making solid saves. The score remained 0-0 at the half.

The second half had more scoring opportunities for both clubs, but again both teams held on to the shutout.  Here are some save video clips from the second half:

After 90 minutes of scoreless play, this match headed to extra time - both clubs had additional scoring opportunities:

The game winning goal was scored in the 116th minute when Gaston Kelly of GPS placed a ball lose in the Safira 18, in the upper right corner of the net.

GPS Omens will move on to the state finals where they will face Brockton FC at Veterans Field in Waltham on Sunday, March 31st at 2pm.